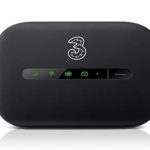 An Inishowen councillor says many people in the area have been hit with massive bills from the telecommunications company 3 since the ending of the Rural Broadband Scheme over the summer.

That scheme saw '3' paid a subsidy by the government to provide a broadband service to people registered on the scheme. When it ended, the company raised its prices to ordinary commercial levels, but Cllr Martin Mc Dermott says many customers were not aware of this and incurred additional costs of up to 400 euro in some instances where datas usage was very high.

Cllr Mc Dermott says Inishowen councillors are seeking a meeting with Eircom to discuss improving broadband infrastructure, and in the meantime, he's urging people to patrticipate in the broadband survey launched by the council last week.