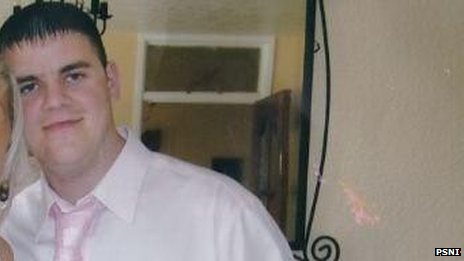 A body has been found in Co Donegal this evening close to where searches had been carried out for a missing man.

Gardai and emergency services at the scene.

A body was found this evening in a river in Carrowreagh, Bridgend at around 5 o clock.

The area where the body was found is close to where searches were being carried out for missing Derry man Stephen McCloskey.

He had been missing since Monday 27th October. His jeep had been found in nearby Burt last week.

At this stage the identity of the person has not been confirmed.

The state pathologist has been notified and a post mortem will be carried out tomorrow morning.