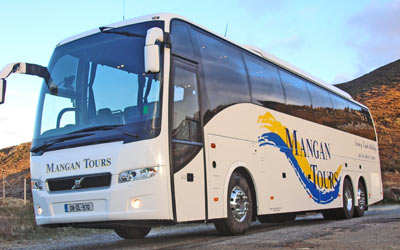 An improved bus service is launched on Monday which claimed will make it easier for people in rural areas to travel to and from the main towns of Falcarragh, Dungloe and Letterkenny.

The company is also promising an extended service from Dungloe.

Company owner Joseph Mangan hopes the new private service will be a success with locals: