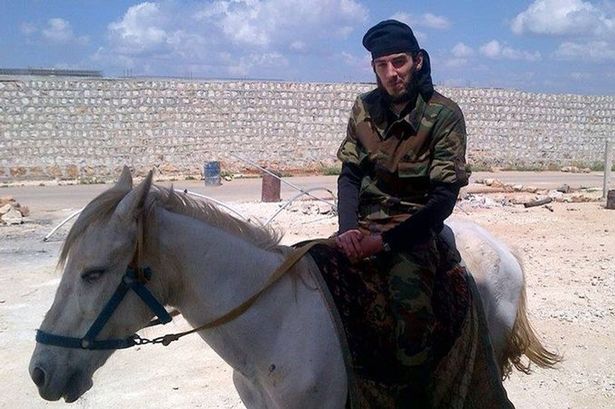 A 25 year-old Derry man was today charged with attending a weapons and explosives training camp in Syria.

Eamon Bradley was arrested on Thursday at his Melmore Gardens in Creggan.

He had only recently returned from Syria where he was reported to have been fighting with rebel forces in the country's civil war.

Bradley appeared at a special sitting of Derry Magistrates Court this morning.

There was a heavy police presence both inside and outside the courthouse.

Along with the charge of attending a training camp, Bradley is also accused of possessing a grenade with intent to endanger life or damage property.

The offences are alleged to have taken place between April 1 and October 28.

The court was told that during police interviews this week, Bradley said he had converted to Islam and had travelled to Syria earlier this year to 'help the people'.

He flew from Dublin to Turkey, before travelling to an area on the border between Turkey and Syria where he said he lived for a couple of months.

He said he eventually crossed the border illegally into Syria with a number of other men by crossing a river.

Bradley told police that once in Syria he took part in a training camp with the 'Army of Islam' organisation, during which time he received training in how to use weapons and explosives.

He said that while in Syria he took part in three battles against government forces in Syria and the ISIS terrorist group.

However, he said he did not use any of this weapons or explosives during these battles.

Bradley said he returned to Ireland recently after he became 'disillusioned'.

At today's court hearing, police objected to a bail application for a number of reasons, including the risk of Bradley leaving the jurisdiction and the possibility of him becoming involved in either international or domestic terrorism.

District Judge Barney McElholm refused the bail application and Bradley was remanded in custody until December 4.