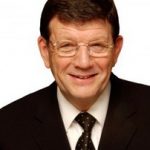 Ballycoleman Community Centre was closed for a time yesterday in the wake of the threats, after the workers left their posts. The centre has stressed however it is open today and pre-booked events are going ahead as planned.

It's understood the threats were issued against people perceived as having helped police during a number of recent security alerts in the town.