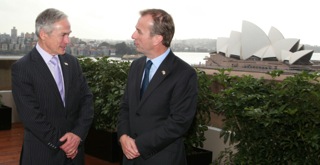 Letterkenny based software company Gartan Technologies has opened an office in Australia.

The company develops specialised software which monitors the availability of personnel and manages their time.

Now, the company has been awarded a major contract by Fire and Rescue New South Wales in Australia.