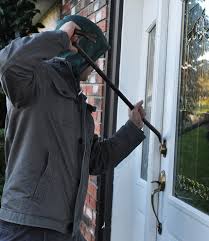 It's been confirmed that two men arrested in the North on Monday night are being questioned about a spate of burglaries around Glenties and Dungloe.

As part of their investigations into these and other incidents, gardai are appealing for information about two cars.

Two men arrested in Tyrone are being questioned about break-ins in the Glenties area.

Last night there were a number of burglaries and break-ins in the Glenties and Dungloe areas. Cross border alerts were issued, and the PSNI are now liaising with gardai about two men who were arrested near Strabane in relation to another matter.

We understand a number of the items which had been stolen earlier have been recovered.

Gardai say the Text Alert scheme was an important element in getting that information gathered, and are urging people to participate in and use that scheme.

Gardai are now trying to trace the movements of an 05 registered grey Astra car which they believe is connected to the Glenties incidents. However, they are rejecting reports that a pensioner was robbed.

Meanwhile, as part of their investigations into what's been described as a well planned break-in at a shop and filling station in Leitirmacaward on Saturday night, gardai are trying to trace the movements of a dark coloured Insignia car with a Northern Ireland regisration.

Gardai have also renewed an appeal to businesses to be vigilant and review their security procedures.