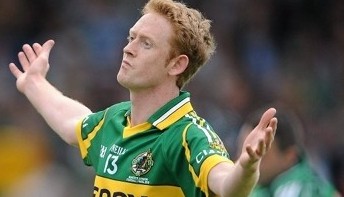 Colm Cooper is set for a return to action in March, Kerry boss Eamonn Fitzmaurice has confirmed.

The 31-year-old has been out of action since injuring his knee while playing for Dr Crokes in February of last year.

The Kingdoms star man missed out on Kerry's All-Ireland-winning campaign.

Fitzmaurice said on Radio Kerry "He is back working in the gym. He is back running an he's in good shape”