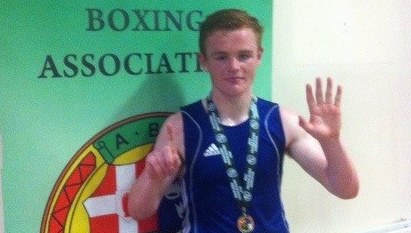 There was defeat today for St Johnston's Brett Mc Ginty at the European Junior Boxing Championships in Russia.

The 16 year old will feel very hard done by after losing out in his last 16 encounter to a Croatian fighter.

McGinty who fights out of Oakleaf in Derry was a clear leader after the first two rounds.

The third round could have gone to either corner but the Ireland camp felt that McGinty had done enough and at worst they thought it was a 2-1 victory for Brett.

The team were surprised and gutted when the referee raised the hand of the Croatian at the end of the fight.