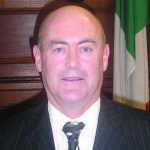 A Donegal County Cllr has said that a meeting with Irish Water officials yesterday has "changed nothing".

The Question and Answer session between senior Irish Water representatives and local authority members was held in Carrick-on-Shannon yesterday evening.

He says they were told they'll get their answers during the next few months...........

Meanwhile, anyone who is against water charges is being urged to attend protests in Co Donegal this weekend.

There are protests being held this Saturday afternoon in three different locations across the county.

Protesters are meeting at 2pm outside Mr Chippy in Letterkenny and marching towards Market Square.

While protesters are meeting similarly at Croghan Heights in Lifford and the Abbey Centre in Ballyshannon at 2pm on Saturday.

Donegal Deputy Thomas Pringle is urging anyone against water charges, no matter what their political allegience is, to attend................