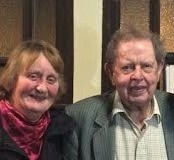 Julian Cuddihy, Churchtown, Carndonagh was charged with murdering Jimmy Cuddihy (77) and Kathleen Cuddihy (73) at their home in Churchtown Carndonagh on or about October 22.

The couple was found dead at their home in Carndonagh on Thursday morning, shortly before 9 am.

The defendant was brought into Ballyshannon district court at 9.05 pm last night and was accompanied by seven gardai.

He was dressed in a maroon tracksuit top black trousers and black trainers.

The 42 year-old spoke briefly with his solicitor Ray Lannon before he was charged, and stared straight ahead for most of the proceedings.

When he put the first murder charge to Julian Cuddihy, the latter replied; “I have no response.

And when the second murder charge was put to the defendant he said;

Inspector Denis Joyce asked that the defendant be remanded in custody.

He handed in a letter from a doctor in support of his application.

Judge Kevin Kilrane said that Cuddihy had been assessed medically on October 15 and the assessment was that he needed no further assessment.

The judge said there was no diagnosis of psychiatric illness.

Judge Kilrane said he was granting the application for the defendant to be psychiatrically assessed in prison.

The defendant was remanded in custody to appear at a special sitting of Letterkenny district court on October 29.