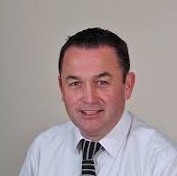 Two suspect devices have been found by police following searches in the Ballycolman Estate.

The alert was raised this morning following reports of a suspect device being thrown at a patrol car.

A number of homes have been evacuated as a result.

Earlier it was decided to evacuate 150 staff and children from the Gaelschoil in Strabane as a result of the alert.

Cllr Brian McMahon, who works in the school, says the incident created a huge amount of fear for staff, children and parents: