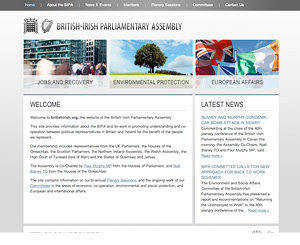 The UK Minister for Transport should consider providing exemptions to Irish hauliers on Northern Ireland roads, particularly the A5, according to a report adopted by the British Irish Parliamentary Assembly.

The UK’s HGV levy which was intriduced last April provides that all vehicles of a gross weight of 12 tons or more must pay a charge for using the UK's roads.

The BIPA committee charged with EU Affairs issues recently published a range of concerns about the effect of the new levy on cross border trade on the island of Ireland, and that's been adopted by the full Assembly at a Plenary Session today in Kent.

Cavan Monaghan TD Joe Reilly is one of the members who moved the proposal...........