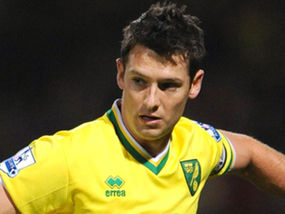 Wes Hoolahan has emerged as a doubt for Ireland's next Euro 2016 qualifier.

The Norwich playmaker suffered an ankle ligament injury during his side's 1-0 defeat to Championship rivals Fulham over the weekend and manager Neil Adams has admitted that the Dubliner could be facing a lengthy lay-off.

The club say they expect to know more about Hoolahan's recovery in the next two or three days.