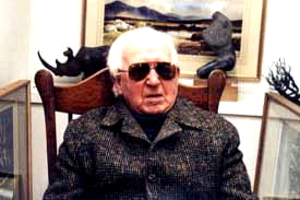 The life and legacy of Peadar O’Donnell is being remembered in Dungloe this weekend with a series of debates which the organisers say provide an alternative to the McGill Summer School.

Peadar O’Donnell was born in Meenmore in 1893, and died at the age of 93. He was a republican socialist, and an opponent of the treaty who was elected as a Sinn Fein TD for Donegal in 1923 while in prison.

The weekend includes a number of local and national speakers.