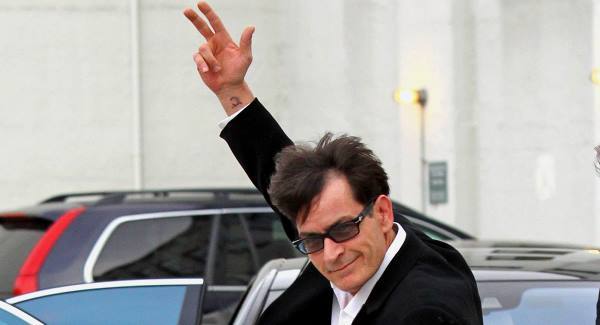 Charlie Sheen has split up with his fiancée, Scottine Ross.

The 'Anger Management' actor has confirmed his split from his porn-star fiancée, Scottine Ross, after being engaged for eight months.

In a statement to Radar Online via his agent, Charlie said: "Scotty and I had a great year together as we travelled the world and crossed a lot of things off our bucket list.

"She's a terrific gal but we've mutually decided to go our separate ways and to not spend the rest of our lives together.

"I've decided that my children deserve my focus more than a relationship does right now. I still have tremendous fondness for Scotty and I wish her all the best."

Sheen proposed to his now-ex-fiancée on Valentine's Day earlier this year, after dating for only four months.

The 49-year-old star has already been married three times, after his first marriage to Donna Peele ended in divorce in 1996.

He later married the actress Denise Richards in 2002, but they got divorced three years later.

Together they have two daughters. His next marriage to Brook Mueller ended after she issued a restraining order against the actor.

The couple officially divorced in 2011. They have twin boys together.