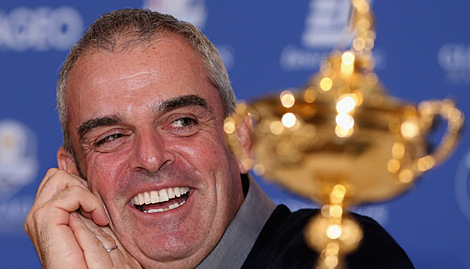 Europe's Ryder Cup winning captain, Paul McGinley has been named as the Philips Manager of the Month for September.

After steering his side to a comprehensive 5-point victory in Gleneagles, McGinley has won widespread praise for his careful management of the European team.

He's the first Irish captain take charge of the European side in the Ryder Cup's 40 year history.