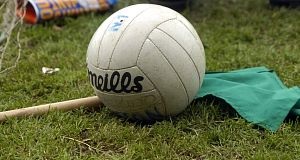 The draws for the 2014 Donegal Senior Football Championship knock out stages took place this evening in Ballybofey.

In the semi finals - the winners of Glenswilly and Termon will play the victors of Noamh Conaill and Ardara while the other last four tie will involve whoever comes out of the Dungloe St. Michael's and Four Masters St Eunan's games.