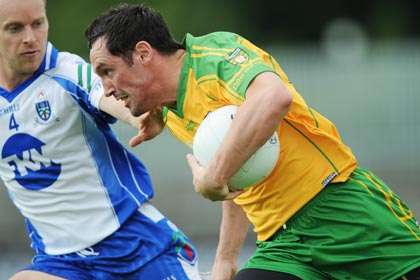 Last nights draw for the 2015 Ulster Championship paired Donegal in one of the stand-out ties.

Donegal will take on Tyrone in a preliminary tie with the counties clashing for the fourth time in five years.

The winners will have to take on Armagh in the quarter finals and then the winners of Derry and Down in the semi finals.

Whoever takes over from Jim McGuinness as Donegal manager will face a difficult test if the county is to retain their Ulster crown.

Former Donegal star forward Brendan Devenney says its as tough a draw as you cant get...

May 16, 2021
A 23-year-old man is due to appear before Derry Magistrates’ Court on June 9th charged with a number of drug related offences. The charges follow...