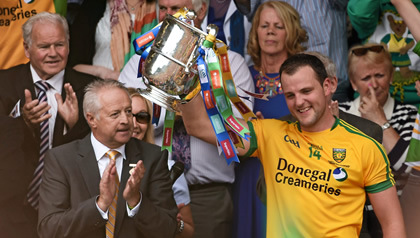 Donegal and Tyrone will clash in the preliminary round of the 2015 Ulster Championship.

Just like in the 2013 campaign the Ulster champions have being drawn at home against their O'Neill county neighbours.

The three north west counties have being placed in the harder side of the draw for next summer.

Whoever comes through that tough contest will meet Armagh in the quarter finals.

The other tie in the B section is Brian McIver's Derry at home to Down.

Cavan play Monaghan and Fermanagh take on Antrim in the other quarter finals.

May 6, 2021
Two more walk in Covid testing centres are opening in County Donegal. One is located at the GAA Centre of Excellence in Convoy, which will...