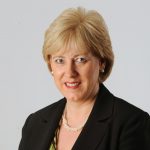 The Arts Minister's refused to reveal who within Fine Gael asked her to consider John McNulty for a place on the IMMA board.

Heather Humphreys says she appointed Mr. Mc Nulty because of his skillset and regional balance he could bring to the organisation and says she takes 'full responsibility' for it.

Minister Humphreys has come under renewed questioning about the Seanad by-election candidate following last night's Fine Gael parliamentary party meeting, at which members were told to move on from the controversy.

But she refused to name the Fine Gael official who suggested the candidate. ............

The Tánaiste's launched an attack on Sinn Féin accusing the party of double standards for not taking responsibility for the "Disappeared".

Joan Burton says she accepts the explanation of the Taoiseach and his apology over the John McNulty affair.

It's after Sinn Féin Deputy Leader Mary Lou McDonald accused her of evasion and silence on stroke politics.

But the Tánaiste told the Dail that Enda Kenny's acceptance of wrongdoing is not replicated in Sinn Féin following the discovery of the body of Brendan Megraw in a County Meath bog yesterday.............