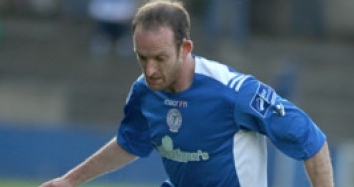 With Tuesday night's league defeat to Wexford Youths out of the way, Finn Harps can focus on this Sunday's FAI Ford Cup Semi Final with St Patrick's Athletic.

The Donegal side are very much the underdog for the tie and know that a big performance will be needed to trouble a Pats side who are currently third in the Premier Division.

Like the entire Harps squad, It's a first semi final for Michael Funston.

The midfielder says they'll have to enjoy it because it doesn't come around to often.