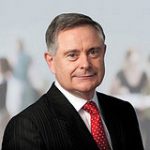 The Public Expenditure Minister will brief his colleagues on plans to reform State board appointments today.

Brendan Howlin will bring a memo to Cabinet this morning - in the wake of the nomination of Kilcar man John Mc Nulty  to the board of the Irish Museum of Modern Art just days before he was nominated to contest the Seanad by-election.

The Minister says he wants to ensure future appointments are transparent and open to anyone who is interested.