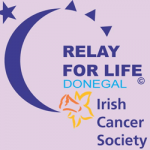 It's been confirmed that Relay for Life Donegal raised just over 150,000 euro this year, bringing total monies raised since the first Relay in 2012 to over 800,000.

At a function this weekend to announce the final figure, the organising committee and Irish Cancer Society said that's a significant achievement, given that the focus of Relay this year was on awareness.

Meanwhile, at the European Relay Conference in Brussels at the weekend, the Donegal event took two awards, for the third best fundraising performasnce in Europe, and the highest number of survivors to participate in a European event.

Ena Barrett of the Irish Cancer Society says that's it's a great achievement, but also points to the prevalence of cancer in Donegal..............