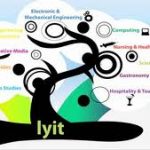 Letterkenny Institute of Technology has been ranked 16th out of 21 third level colleges in the annual Sunday Times University Guide.

That's a fall of two places on its position last year.

Out of a possible 750 points, the Sunday Time awards Letterkenny IT 440, placing it 16th in the college league table.

The college has a relatively high student / staff ratio, and of its graduates, 56% secured firsts or 2:1s in 2013. 88% of thosde graduates are now in employment.

The college has the joint lowest research allocation in the country proportionate to staff, but the paper acknowledges that work is now at an advanced stage on the Donegal wing of the North West Regional Science Park, which should boost the research funding coming in to the college.

Previously, course completion at Letterkenny IT was low, and a conscious effort was made to address that issue. It's an effort that worked, with a completion rate of 83% in 2013.

The paper also acknowledges that the college has a very vibrant clubs and societies scene, and rents locally are the cheapest for any college in the country.