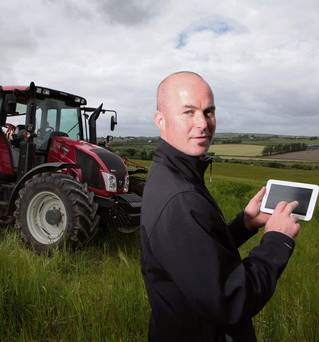 A Donegal based company has been named best new company at the Innovation Awards at the National Ploughing Championships.

Farmflo, which is based at the Co-Lab incubation centre at Letterkenny Institute of Technology has developed Farm Management software designed to make compliance with regulations easier.

At present, the firm employs eight people, with hopes to increase that to 20 within a year.

Gareth Devenney is Co-Founder and Head of Sales at Farmflo. He says in the present climate, compliance is a very important part of farming, and that's where their software comes in..