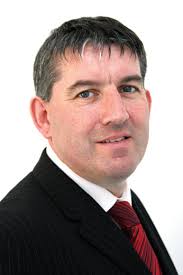 Donegal Councillor Paul Canning has made a presentation to the Joint Committee on the Implementation of the Good Friday Agreement as part of its discussion on economic development in the North West.

Cllr Canning is chair of the North West Region Cross Border Group, which is made up by the councils Donegal, Derry, Limavady, Magherafelt and Strabane. Local; representatives and councillors from both sides of the border will attend the hearing this morning.

Cllr Canning urged the committee to back the North West Gateway Initiative, and in particular, to get the government to release more funds for the stalled A5 upgrade.

He says the response was positive.......

In a statement this evening, a spokesperson for the Oireachtas released the following statement -

The Joint Committee on the Implementation of the Good Friday Agreement this morning agreed to raise a number of concerns about cross border collaboration and development in the Northwest region at Ministerial and Official levels.

Representatives from the North West Region Cross Border Group (NWRCBG), which comprises councillors from local authorities on both sides of the border, were discussing how collaboration can underpin economic development in the region.

Committee Chairman Frank Feighan TD says: “We sincerely thank Councillors Paul Canning and Hugh Hastings, as well as Group Manager Carol Margey, for an enlightening presentation which called for a renewed focus on development of the entire border area. We were told how the Northwest Gateway Initiative is failing to deliver on a number of levels. Committee Members expressed concern that this flagship initiative, which was agreed entirely in the spirit of the Good Friday Agreement, is not progressing as it should.

“We have long understood the compelling case for delivery of the A5 road upgrade. There is no doubt that the longstanding dearth of modern transport infrastructure to the North West is seriously hindering development, and the relatively high unemployment and poverty rates can be directly attributed to this lack of connectivity. The lack of progress on this key project in the North West underlines the need for the channels of practical cooperation to be re-invigorated.

“The Committee agreed a number of actions to highlight the concerns raised at today's meeting at Ministerial and Official levels. We intend to write to the Minister for Foreign Affairs and Trade and the Minister for Transport, Tourism and Sport to outline the imperative of speedy delivery of the A5. The Committee also intend to invite Officials from relevant Departments to consider how this road project, and other key areas of the Gateway Initiative, can be progressed.