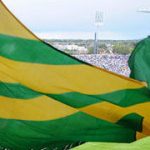 Bookies say there is very little to separate Donegal and Kerry ahead of Sunday's All-Ireland Football Final, but at least one punter is putting a lot of faith in Jim Mc Guinness and his team.

Boylesports say one anonymous punter has put over €120,000 on Donegal to win the match at the first time of asking.

The punter wants to remain anonymous, with Boylesports describing him as "neutral".

Liam Mc Glynn is a spokesperson for BoyleSports, he says this is a significant bet.........

May 10, 2021
A Donegal County Councillor has hit out at the Government's decision not to increase the funding allocation for the county under the retrofitting programme. Donegal...