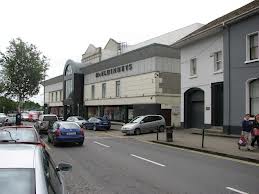 Mc Elhinney's in Ballybofey has won the 'Best Independent Department Store in Ireland and the UK' for 2014.

The Drapers Awards recognize the very best brands, designers, and businesses in fashion retail. The 2014 ceremony was held at the glamorous The Brewery, London.