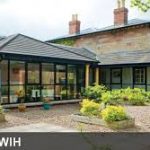 Up to 60 jobs are at risk at a private hospital in Derry because the NHS has stopped referring patients there under the waiting list initiative.

180 people are currently employed at the North West Independent Hospital in Ballykelly, where management confirmed last evening that a redundancy consultation process has begun with staff.

A statement says the exact number of cuts is "not clear at this stage" but up to a third of the workforce could be at risk.

Letterkenny General Hospital also refers patients to the North West Hospital as part of its bid to reduce waiting lists, East Derry MLA John Dallat says that is a reality that needs to be built on.....