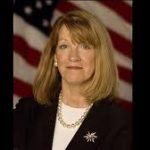 President Michael D Higgins will be in Buncrana tonight to present the 2014 Tip O'Neill Irish Diaspora Award, which recognises the achievements of the recipient and their commitment to Ireland and to Irish people living abroad.

This year, the award is being presented to the President of the Massachusetts State, Senator Therese Murray, a nomination that has been widely welcomed locally and nationally, not least by Taoiseach Enda Kenny, who says she has a long standing interest in economic development in Ireland.

Prior to the ceremony in the Inishowen Gateway Hotel at 7 o'clock tonight, Senator Murray will attand a number of functions, including the launch of a cooperative venture between Letterkenny Institute of Technology and the University of Massachusetts at th LYIT Co-Lab facility this morning.

The award was initiated in 2012 which was the centenary of the birth of speaker Thomas P. Tip O'Neill whose maternal grandmother came from Inishowen.