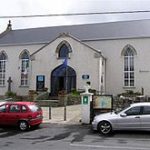 A child-porn convict’s case was told yesterday that reports for the defence were still awaited from a guidance counsellor despite sentencing being adjourned two months ago for preparation of the documents.

Inspector David Kelly observed at Dungloe District Court: “This report has been awaited quite a while.”

Neil McBride, 44, has admitted having 43 child pornography images on his Dell lap-top computer. He also admitted having a further 51 images of children under 17 years of age who were either fully or partially clothed.

Unemployed McBride, originally from Gweedore, but with an address at Fortwell Apartments, Letterkenny, has pleaded guilty to possession of the child pornography images on his laptop in August 2011.

The court heard at an earlier hearing that the laptop computer was taken from McBride’s home under the Child Protection Act.

Judge Kelly has permitted McBride’s name to be published following his guilty plea. The judge said protection was not for offenders. It was to protect the victims in case they were linked to a defender. But in this case the victims could not be identified.

r adjourned the case to November 11.