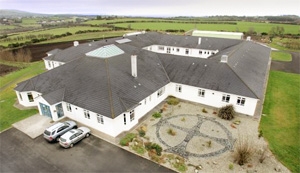 Speaking after raising the issue in the Assembly, Foyle MLA Maeve Mc Laughlin said given the ongoing debate on the need for a detox facility in the north west, it is unacceptable that there is a purpose-built facility so close to Derry which is not operational at present.

Maeve Mc Laughlin says this is an issue which must be addressed..........