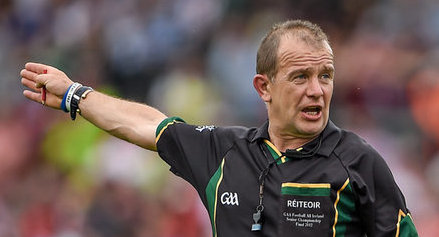 The GAA has confirmed the referees and match officials for the 2014 GAA Football All-Ireland Senior and Minor Championship finals on September 21 with Eddie Kinsella from Courtwood, Co. Laois confirmed as the referee for the senior final, while Fergal Kelly of Longford will officiate in the Minor game between Donegal v Kerry.

This will be Eddie Kinsella's first senior assignment, as he takes charge of the Donegal vs Kerry contest having previously taken charge of the All-Ireland Minor Final in 2009.

Fergal Kelly, who will be officiating the Minor match, is a member of the Ballymahon club.

In this year's football championship Fergal has refereed the Connacht Quarter-Final between London and Galway, the meeting of Cork and Tipperary in the Munster Semi-Final and the Football Qualifier between Sligo and Limerick.