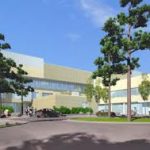 The Mayor of Derry is calling on Minister Edwin Poots to clarify his future plans for services at Altnagelvin hospital following recent speculation that the current funding crisis may have a detrimental impact on local services.

There's been speculation that budgetary problems may hamper plans for staff training, and that could push back the opening of the new North West Radiotheraphy Unit by around six months. Concerns have also been raised about the timetable for a new 24-hour laboratory to treat patients with serious heart conditions.

Mayor Brenda Stevenson says the people of the North West have campaigned tirelessly for a radiotheraphy unit at Altnagelvin and every effort must be made to ensure the department delivers on its promise.

Noelle Duddy of the Donegal based cancer campaign group CCC-NW returned to the county from abroad today - She's confident that any issues will be resolved.........

February 26, 2021
Students will have fewer questions to answer in the Leaving Cert this year, if they choose to sit the tests. But the Department of Education...