90 cyclists are set to take part in a charity cycle in memory of two Gardaí killed in the line of duty here in Co Donegal.

Former colleagues and friends of the late Gardai Robbie McCallion of Letterkenny Garda Station and Garda Gary McLoughlin who was attached to Buncrana Garda Station are participating in a charity cycle from Mizen Head to Malin Head between 7th and 12th September. 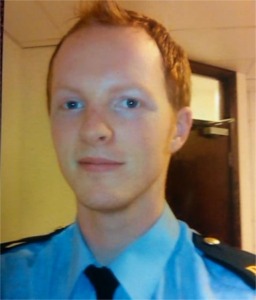 The organisers would ask the public to support the event.

The late Garda Robbie Mc McCallion passed away in Beaumont Hospital on 7th April 2009 after being  struck by a stolen car at Tara Court ,Letterkenny on 26th March 2009. He was 29 years of age.

The late Garda Gary Mc Laughlin passed away at Letterkenny General Hospital on 14th December 2009 following a traffic collision at Lisfannon, Burt the previous day. He  was 24 years of age.