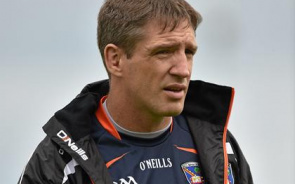 The Armagh county board have appointed Kieran McGeeney as their new manager.

The 2002 All Ireland winning captain has been handed a fixed 5-year term in charge of the county after he was unanimously ratified as the successor to Paul Grimley.

McGeeney's former Kildare selector, Niall Carew is backing him to have an instant impact with Armagh.