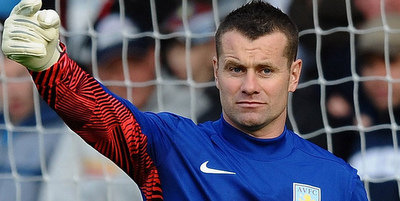 It's reported this morning that Shay Given may return to the Ireland squad for next months Euro qualifier with Georgia.

According to the Sun newspaper the Donegal man will return on the understanding that he will play.

The 38 year old Donegal man played in the league cup on Wednesday night as Aston Villa lost 1-0 to Leyton Orient.

Shay has been out of the international scene since he retired in August 2012.

He played 125 times for his country.