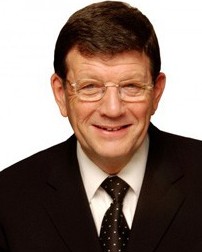 West Tyrone MP Pat Doherty says that the Irish government should examine the potential of European Investment Bank funding to fulfill its A5 funding commitment, saying the bank is already funding works on the N17 between Sligo and Galway.

Mr Doherty says the Irish government has given a general commitment that it will re-assess it's finances next year, but he believes more should be done.

He says money for the A5 has been ring-fenced by the executive which will enable the development of the Derry to Strabane and Omagh to Ballygawley sections, and he's now seeking a meeting with Public Expenditure Minster Brendan Howlin to discuss funding for the remaining section from Strabane to Omagh.

Mr Doherty says substantial work should be underway by the end of next year, and it's vital that funding is in place..............