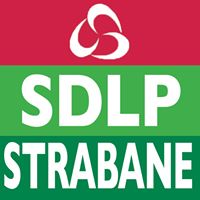 A Strabane SDLP Cllr has said that he is the right person to run for the party in the Westminster elections in West Tyrone.

The selection process for the Westminster 2015 election is now open, and voters will go the polls on May 7.

As well as Cllr Patsy Kelly, another SDLP party member in Strabane, Daniel McCrossan, is also said to be interested in running next year.

But Cllr Kelly says he believes having been elected to the Council twice, he is the best person to run: