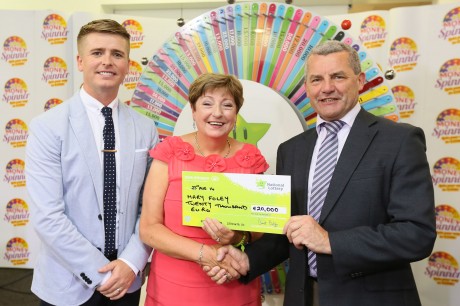 Letterkenny woman, Mary Foley came home with a total prize worth €20,000 after she took part in the final of the popular TV Money Spinner programme last Saturday.

Mary joined four other players from Dublin, Offaly and Kerry who won prizes to the value of €135,000.

The biggest winner on the day was Des Murphy from Co. Offaly who won prizes to the value of €51,500.

Following her success on the gameshow, Mary said she has no plans as to how she will spend her winnings but said her family will be number one.