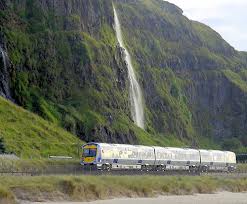 The rail lobby Into The West says that Derry is still discriminated against when it comes to development of the rail service.

It gfollows the announcement that upgrade works are to proceed on the Belfast Dublin line, while the upgrade of the Derry line and of the historic Waterside Station lags far behind.

The lobby group contrasts the treatment of the Belfast-Dublin line with the Derry line.