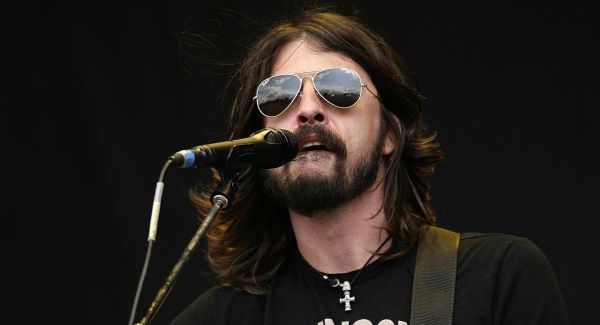 Dave Grohl's wife has given birth to their third child.

The Foo Fighters star and Jordyn Blum, whom he married in 2003, quietly welcomed daughter Ophelia into the world earlier this month.

The happy news comes at a difficult time for couple, who also have daughters Violet Maye, eight, and Harper Willow, five, as the 45-year-old rocker's father, James Grohl, died after a long-term illness on August 6.

A post on The David Grohl Alley Scholarship Program's Facebook Page from August 8 states: "Bittersweet news -- congratulations David Grohl and Jordyn Blum who have welcomed a new baby girl #3 Ophelia Grohl! The Lord giveth and the Lord taketh away!!"

A source previously claimed that the couple were struggling to come up with a name for their new baby, as they had already used all of the names they liked for their eldest girls.

Dave recently revealed that he had passed on his love for music, particularly the Beatles, to his children.

Speaking at the CBS special, 'The Night That Changed America: A Grammy Salute to the Beatles,' in February, he said: "I can honestly say that if it weren't for the Beatles, I would not be a musician.

"From a very early age, I loved their groove and their swagger, their grace and their beauty, their dark and their light. The Beatles knew no boundaries and in that freedom they seemed to define what we now know today as rock and roll for my parents, for me and for my daughter too."