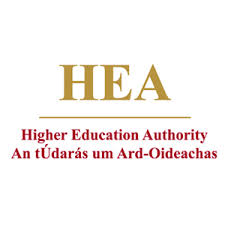 Farmers' children are three times more likely to go to college than others, according to a new report exposing the education divide in Ireland.

The research from the Higher Education Authority - due out later today - suggests that Donegal has some of the state's lowest participaton in third level education.

More Irish people go to college now - with attendance among 18 to 20 year olds up from 44 percent to 52 percent in the past five years.

But this latest report from the HEA - detailed in the Irish Independent - shows there is a huge gap between some parts of the country.

Figures from the 2011-2012 academic year show that 99 percent of school leavers in Dublin 6 go on to further education, compared to just 15 percent in Dublin 17.

And less than half of Dubliners in the 18 to 20 age group go on to attend third level - below the national average of 52 percent.

Counties with the highest proportion of school leavers going to college include Galway, Mayo and Leitrim at 60 percent, while the lowest is Donegal at 41 percent.

Family backgrounds also play a part - with the children of farmers three times more likely than the average school leaver to attend third level, ahead of the sons and daughters of the self-employed and professional classes.