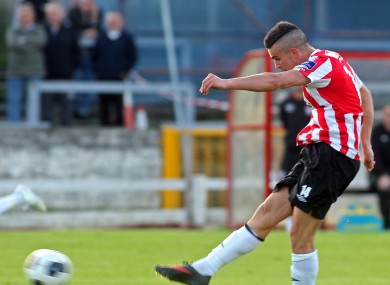 After Friday’s disappointing defeat to Cork City, Derry City will look to make amends tonight away to Drogheda United.

Michael Duffy is a doubt for the game after picking up a knock in the 1-0 loss to Cork.

Drogheda’s Gavin Breenan is suspended for tonight’s clash after his was sent off in Friday’s defeat against Bohemians.