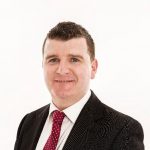 Investigations are continuing into the discovery of a viable pipe bomb in Downings this morning at a house owned by local businessman and councillor John O'Donnell.

Cllr O'Donnell has not made a statement on the matter, but sources close to him told Highland Radio News this evening that he and his family are shocked and disgusted by this attack on them and on the democratic process.

The source said the matter is now in the hands of the gardai, and Cllr O'Donnell is confident they will investigate the matter fully.