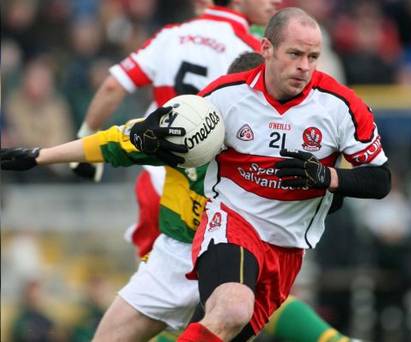 An update on the condition of former inter-county All Star, Kevin McLoy, is expected today.

The former Derry gaelic football captain is being treated in intensive care at Altnegelvin Hospital after collapsing while playing in a club championship match last evening..

The senior championship match in Owenbeg between McCloy's Lavey and Magherafelt was abandoned after he was treated by paramedics.

According to his club, the player was showing signs of improvement last night.