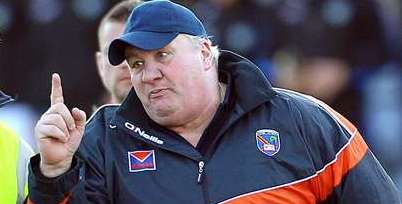 The Armagh County Board have confirmed that Paul Grimley has stepped down as their manager.

Having been relegated to Division 3 in the league early in the year, Armagh bounced back to reach the All Ireland Quater Final were they lost to Donegal last Saturday.

It is now expected that former Kildare boss and Armagh All-Ireland winner Kieran McGeeney will take over as manager after serving as Grimley's assistant coach this season.

Grimley brought McGeeney into the Armagh set-up last October as a coach after they worked together at Kildare.

The 56-year-old replaced Paddy O'Rourke as senior boss in July 2012.