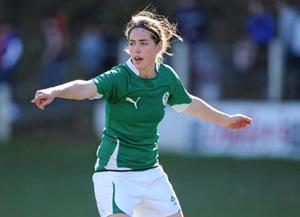 Ireland have reached the semi-finals of the Women's World Cup for the first time by beating Kazakhstan 40-5 in their final pool game.

They led 14-5 at half-time in Marcoussis thanks to tries by new cap Sharon Lynch and fly-half Tania Rosser.

The first was a penalty try and then back rowers Siobhan Fleming and Lynch scored to make it three tries in a six-minute spell.

Ireland had rested most of the players after the win over New Zealand.

Both Donegal woman Larissa Muldoon and Nora Stapleton both played in today's win.

Ireland will play their semi-final on Wednesday.