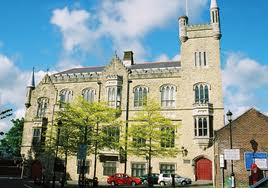 Loyal orders have issued a consultative document setting out guidelines for lodge members and bandsman taking part in parades in Derry.

The Maiden City Accord has the support of the Apprentice Boys of Derry, the Orange Order and the Black Preceptory. It comes ahead of this weekend's Apprentice Boys Parade in Derry, one of the biggest of the marching season.

The Govener of the Apprentice Boys, Jim Brownlee said the document was basically about how to promote Protestant culture and parading culture.

He also said it sets out how individuals should behave and how they can help to promote the Protestant culture in the public domain through parading and other events.

Mr Brownlee is urging all members of the community to read the document...........